Skip to content
HomeEntertainment newsHe Wish! Man Sues Jennifer Lopez For Tricking Him Into Sending Naked Photos Of Himself 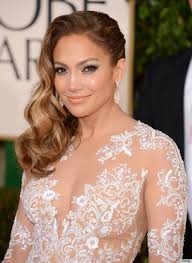 According to TMZ; Rodrigo Ruiz is suing Jlo for $10,000 for sending series of letters to him demanding for his naked photo. Ridiculous right? It turns out a 53 year old woman is behind the crazy event. Like seriously,why would Jlo want a naked photo of him,why would he believe that? The whole craziness,according to the guy,started in 2008,He’s an aspiring musician and he was hoping to get a gig with Jlo or probably date her after he received three letters from her…  See the series of letter below and a photo of the ‘hottie’ after the cut…smh

I think Jennifer should sue his ass for being naive.lol

A third, more explicit letter says: ‘This is Jennifer Lopez and as you can tell its been a while since I last wrote and as you can see I have a new boyfriend which means your in for the long haul and you have to put up with the fact that I am f**king him and sucking his d**k.”

Although Ruiz believes Lopez sent these letters to him, according to, records obtained by TMZ show the post-office box he replied to is owned by a 53-year-old woman in Los Angeles.
When the site contacted her about the lawsuit, she made a claim about operating a Jennifer Lopez fan mail exchange before hanging up.

Jennifer’s representative told TMZ: ‘This is a small claims matter that appears to be a desperate attempt for notoriety. Ms Lopez has never seen or met the plaintiff, nor has she ever communicated with him. We believe this matter should be summarily dismissed.’